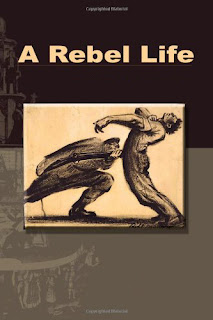 A Rebel Life is a creative true story of Love, Redemption and Success. Smell and taste the gritty NYC Punk scene of Peter’s youth while trying to understand the dichotomy between his conformed path in life and the one his brother took that led to his overdose death. Feel a sense of dread and sorrow as he recounts a life of misery and mistakes. Peter actually wrote this memoir while camped out in a hospital for weeks as his son was in a coma from a motorcycle accident that left him paralyzed, making every sentence even more gut wrenching. Listen to the poetic rhythm of language he beautifully laces in symbolism to deal with philosophical issues that range from growing up in the violent streets of Brooklyn, to feelings of abandonment by God, a teenage pregnancy and watching his brother waste away on drugs. Despite all the pain and ugliness, Peter is able to redeem himself in the end with the love for his family and humanity and the quest to bring beauty into the world.

Peters Bio: Peter 'Briefcase Maker' Kalafatis is a world renowned award winning leather briefcase maker, the son of Greek immigrants and a successful restaurateur. A true bottom-up entrepreneur that started the American Made brand Marcellino NY from his basement & attracted the Billionaire owner of the Houston Rockets Tillman Fertita to personally make a $140,000 deal to purchase leather goods for his Golden Nugget Casino Hotels. Peter can also be seen with Tillman discussing this deal on the TV show Billion Dollar Buyer. Peter has advanced degrees in Media, Sociology & Philosophy.
at January 03, 2006

Email ThisBlogThis!Share to TwitterShare to FacebookShare to Pinterest
Home